The continuation of this month’s Ishshah’s Story team member post.
Part Two of “The Difference a Day Makes” inspired by Hadassah aka Esther.

There’s a lot more chronicled in this palace story than there is time and room to delve into here. As I stated in Part One, it was the difference a day makes – and what transpired in just twenty-four hours – that stood out to me. Let’s step back into the story …

Xerxes. Haman. Mordecai. We’ve already established that Xerxes as king, given what’s recorded in scripture, was a guy with an eye for beauty and an insatiable palate for wine. He also had a recurring problem with his temper. When Queen Vashti refused to come at his command delivered through the king’s eunuchs, scripture tells us “… the king became very angry and his wrath burned within him.”8 In fact, that’s the first mention of his anger. As you read on through Esther’s ten chapters, there’s a distinct connection between his drinking and being a merry-hearted, liberal sharer of wine or becoming easily incensed upon hearing something he did not like.

Once he sobered up and realized that ship had sailed with what he had done to Vashti, he could do nothing but try to save face for men and husbands throughout his kingdom. Onward, not necessarily upward. His weakness seems to have been wine and women. He was as fickle as females are claimed to be when it came to banishing Vashti, only to turn around after he’d crowned Esther queen and offer her anything she wished up to half the kingdom! Remember in part one that Esther was bringing herself to the mix? So had Vashti, and God was about to use her courage to hearten Esther’s when ‘such a time’ came.

Chapters 1 and 2, quickly covering a four-year span, chronicle the fall and rise of these two queens, Vashti and Esther. One who counted true nobility of more value than skin deep beauty and a crown; the other on a fast track to learning the ways of palace life and hospitality so foreign to her life as a Jew. Oh, and what not to do to tick off the king! It’s not hard to imagine Esther had the ‘fear of Vashti’ put in her. At least the fear that what happened to Queen Vashti could happen to her if she didn’t toe the line. She determined to put no dainty foot in Xerxes’ line of sight before any summons came. It was a safe plan.

Haman. What he was up to before this? Scripture doesn’t say. It intimates that he impressed his way in good with the king – with his own anger problem in tow.9 Another reminder that what we are comes with us. Chapter 3 recounts Haman’s rise to power and glory by the king with words like promoted, advanced, established authority, the king’s servants at the gate who bowed down and paid homage as the king had commanded concerning him. Is it any wonder Haman’s pride went before his fall?

Every bow in homage puffed more hot air into his conceit. There was just one that could get his goat and enrage him every time he saw him at the gate neither standing up nor trembling before him. That dis-re-spect-ful …

Mordecai. Now we’re getting to the heart of the story where he, Esther, a nation in which dwelled God’s people, and now we are concerned. History changes as hearts are turned. The difference a day makes!

The king’s heart is like channels of water in the hand of the LORD;
He turns it wherever He wishes.
Proverbs 21:1 NASB

It only takes a read through the book of Esther to see the kind of man Mordecai was: a man of devout faith who did not bow to human flesh. Instead, he stood humbly before his God and paid honor to Him only, while sitting among the others at the king’s gate. Thank the Lord there are honorable men among us today who walk humbly before Him and have wise counsel to share if we will receive and heed it.

Scripture tells us that Esther did where Mordecai was concerned. He who had taken her in, adopted and raised her as his own, and walked daily outside the harem courtyard to see and know what was happening to her after she had been whisked away from their home. He did not abandon her or forget about her. He continued communicating with her via messages through the chief eunuch into whose care she had been given. The same valet whose favor she immediately gained and under whose personal tutelage she was trained in the ways of the palace and the king. Concurrently, Mordecai’s counsel and wisdom was not withheld at the most dire time. In fact, when Esther told him ‘Nuh-uh, I’m not approaching the king before I’m called!’, it was then that he spoke frank truth because he loved her and cared for her very life and those of his countrymen:

“Do not think that because
you are in the king’s house you alone of all the Jews will escape.
For if you remain silent at this time, relief and deliverance for the Jews
will arise from another place,
but you and your father’s family will perish.
And who knows but that you have come to royal position
for such a time as this?”
Esther 4:13-14

That got her attention. Being human, I don’t think it was just the ‘for such a time as this’ part that roused her to action. I believe the thought of her life and those of her people being exterminated had a great something to do with screwing up her courage to set her toes timidly, if not daintily, in un-summoned sight of the king. There was the weight of truth in Mordecai’s words: “Do not think that because you are … you alone of all … will escape…if you remain silent at this time…”

Not to mention Mordecai’s challenge to her sense of leading a life of impact and legacy wrapped around the thought of someone else rising up when she was already there in the right place at the right time.

How like the Holy Spirit (as portrayed through the vessel of Mordecai) to remain ever present to us as Friend, Counselor, Protector releasing courage and strength to us in the very day that is going to make a difference in the turning of hearts.

Hearts (in the hand of the Lord)

Vashti and Esther both held the same position. What did they each model for us? I was challenged to look deeper. As I did there were some things that strike me as pertinent to us ishshahs even now:

♦ Vashti knew royal protocol. When commanded to throw it overboard in favor of ‘obedient’ self-degradation for man’s pleasure, she stayed true to herself. Likewise, Esther did not stop doing what she had been doing before she became queen. She listened to Mordecai. The other two key players in this saga (Xerxes and Haman) bent their ear toward those who told them what ‘pleased’ them.10

– Christ-followers or not, humankind has been given a conscience with a sense of right and wrong. Vashti modeled holding to that which was of value: moral decency and personal integrity. She said ‘No’.

– Esther knew the Voice she needed to hear in order to move moment by moment in faith, not fear. We too should not stop listening and being guided by the Holy Spirit if and when we are raised to position.

♦ Vashti refused and sent back word to the king stating as much, choosing a personal high road of dignity and self-respect over the commands and demands of human tradition. It cost her dearly in the natural.

– God-given conscience empowered Vashti to stand for what was noble and right. Though she likely did not know Esther’s God, Esther’s God knew Vashti and preserved her life. We are wise to not discount the rest of her story, unknown to us but fully known to God. Centuries have not changed His heart of honor.

♦ Esther too initially refused to go before the king and sent back word to Mordecai stating as much. Yet she chose to share her fear with Mordecai whom she trusted and with the God whom she loved, which led to further communication and instruction that would be a high mark in the difference a day makes.

–  Vashti was in a set of circumstances different from where Esther found herself. Each ishshah has varying degrees of support and trusting relationships or lack thereof. At a deeply personal level, the Lord desires that we come to Him who understands how He made us, for what purpose, why He has us where He does, and how to turn our heart in accordance with His will for us, for others and the demonstration of His grace and glory.

♦ Vashti’s removal led to Esther’s acquisition of the crown. However, that was only the first of many steps she would take. Once Esther came into agreement with Mordecai and the Holy Spirit, she was empowered to take the next step. And she did. Now it was she who replied to Mordecai with clear instructions which he carried out. At the end of the appointed three days she would present herself before the king, even if it meant her life. Both she and Vashti modeled becoming women of resolve.

–  Once we come into agreement with the Holy Spirit and the Word of the Lord, we are empowered to take the next step. And so we do. Agreement turns our heart in a way that makes a big difference for us and causes room for the Lord’s will to be brought about.

Though more, I’ll close with my favorite insight that sparked the phrase ‘the difference a day makes’ –

♦ Once she had followed through on her resolve, passed the feared ‘off with her head’ test, and extended her banquet invitation to the king and Haman, Esther did not rush to answer the king that first evening. She bought some more time, whether out of some remaining trepidation or a check in her spirit. Extending another invitation to another banquet the next day changed the course of history again.

There is no way Esther could have known what Haman was going to set in motion as he left the king and queen. Even Haman didn’t know yet at that point until he listened to his wife and friends. Add to it King Xerxes’ sleepless night. Haman’s humiliation the next day as he paraded Mordecai through the streets on the king’s horse and wearing the king’s robe. Haman whisked off to banquet number two. The awful revelation of Haman’s intent; the king’s rage and getting a grip in the garden, only to return to Haman’s ill-timed plea to Queen Esther for his life. Twenty-four hours later Haman was the one hanged on the gallows he intended for Mordecai. Through it all, the LORD’s will prevailed. Centuries later, it still does.

♦ Esther at any given time only knew her third of the story. Xerxes and Haman held the other two-thirds.

– We see in part and do not know how or when salvation and victory will come, but don’t ever sell short the LORD.

Oh, the difference a day makes! ♦

Nancy’s Note: I encourage you to read the biblical Book of Esther. For more on Vashti, see:
https://www.biblegateway.com/resources/all-women-bible/Vashti
http://day1.org/1066-the_woman_who_just_said_no
https://godswordtowomen.org/vashti_esther_1-3.htm 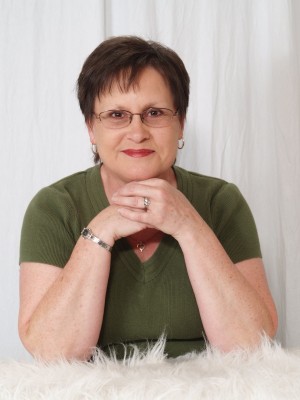 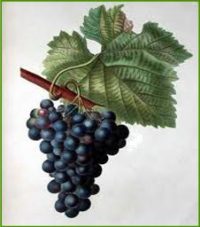